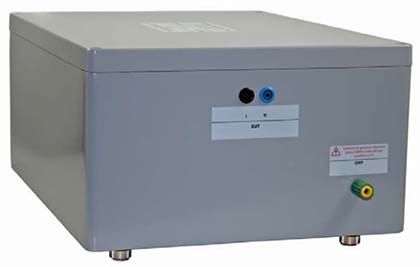 A three-phase network consisting of three 120-degree phase-shifted conductors can be galvanically isolated by means of three individual insulation transformers of the same type with high common-mode rejection. Prerequisite is a symmetrical load, since a three-phase system of three individual transformers should not be unbalanced i. the zero conductor should not carry any current!

The three IT-16 (max. 16 A) or IT-20 (max 20A) transformers are operated in star connection both on the input side and on the output side. The neutral conductor (blue) should not be routed to the test object for safety reasons.