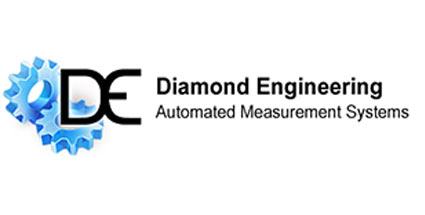 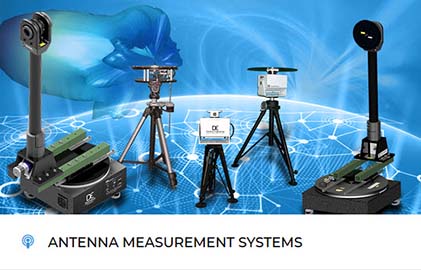 Diamond Engineering was founded in 1989 in the Sierra Nevada foothills by Michael Hillbun as a microwave R&D lab providing RF system design, prototyping, and evaluation services.

Since then, we have advanced to offer measurement and automation hardware, software, and design services for the RF and wireless industry.

We develop everything from standard measurement products to complete engineered solutions.

We routinely work with major corporations, universities and government agencies around the world to help them meet their RF and microwave testing needs.

After years in the defense industry, Michael Hillbun decided to venture into private consulting while building his own personal lab to perform independent research. It was at that time Diamond Engineering was born. Shortly after, Mr. Hillbun was introduced to an entrepreneur who wanted his help developing the first wireless ethernet. Due to a lack of resources on their part, they pursuaded Michael to join forces despite his skepticism of this being a viable concept.

Diamond Engineering was finally successful in their first RF front end which used wireless data transmission. It was optimized and eventually reached a milestone when we were successful in transmitting at an unheard of 10 Mbit rate. This was over a decade before WiFi made it’s public debut. One of his key discoveries was understanding the need for developing the first error correcting system which allowed for otherwise failure-persistent transmissions to finally be consistently reliable.

1994 Innovation of the Year Award

Michael Hillbun was awarded the Innovation of the Year Award from Interopt for the design and development of Diamond Engineering’s 10 Mbit packet radio, which helped the industry realize wireless data transmission was a feasible reality. Also during this time, Diamond Engineering developed power amplifiers and down converters for major satcom and major consumer electronics companies.

Mitsubishi approached Diamond Engineering for Michael Hillbun’s expertise. Eventually we were contracted to become their sole North American Application Lab for the next 10 years. During this time we developed power amplifiers, power design accelerator kits, and more. We also developed and programmed measurement systems to characterize those products. Throughout this process, customers continually requested we develop custom antenna measurement platforms.

During this year we had hit one of our biggest milestones yet for the DAMS platform: we achieved our 200th globally installed measurement system! We also incorporated our company and James Martin was named as our President and CEO, while Michael Hillbun remains the founder and Chief Technology Officer. Around this same time we also began developing what we believe is the worlds most broadband reference antenna – capable of measuring ranges from 500 MHz to 50 GHz!

Diamond Engineering continued develop and expand our line of low-cost antenna measurement solutions. The industry wanted new and larger systems capable of handling larger devices, so we began working on the D6050 series. At the same time, we also developed other products such as our material measurement system (to examine dielectric properties) and our DCP252A series (specially designed for proficient radar cross section characterization). We continue to be a pioneer in the RF and microwave industry, and are always working on new products and solutions for the ever-changing needs of the industry — especially for the growing field of milimeter wave and 5G frequencies.