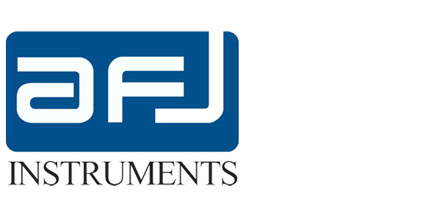 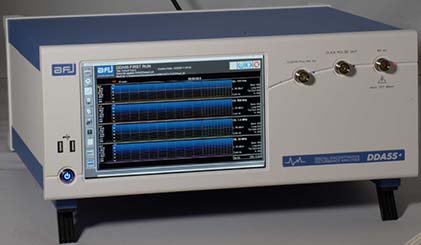 Based on a PC integrated architecture with WINDOWS 10 Embedded OS, DDA55+ click analyser is ready to operate through 10.1” LCD display and advanced software for EMC testing to guarantee precise click measurements. DDA55+ click analyser is not just a GO/NO-GO tester, it is a sophisticated analyser supporting a full investigation on when, where and why a click occurs. It provides so a very substantial contribution to problem solving requirements in a critical domain of equipment compliance.

APPLICABLE STANDARDS
For “clicks” – that are for interference emissions that exceed the recognized steady-state limits but for a very limited time – CISPR14-1 has been and is used as the basic standard for short-term emissions as well as a product standard. It is a quoted as a basic reference in the generic IEC 61000-6-3 standard for residential and light industrial limits and IEC 61000-6- 4 standard for industrial environments. Likewise it is referenced in EN55103 product standard for professional audio/video equipment. Such requirement is a time-consuming test, that may take several hours per each phase of the EUT. Thanks to the independence and simultaneous operation of its channels, DDA55+ click analyser greatly reduces the required test time.

DDA55+ click analyser main characteristic is its ability to sample, in parallel, the Peak and Quasi-peak levels of the four channels, to recognize and count all clicks (short, long, fast long, continuous noise and switching operations) and store all numeric and graphic data, like waveforms, in the PC hard disk. The PC-based operation of the equipment means practically unlimited memory capabilities and the ability to generate fully automatic test reports. All information collected by the equipment during the test, are displayed in real time on the PC screen, divided into a number of windows corresponding to the number of internal RF channels. Finally, the real superiority of the analyser, resides in the built-in power meters, enabling the continuous monitoring of EUT current consumption: in fact, step variations in this current are often related with disturbances (click) because of the very large bandwidth, that includes all frequencies able to generate a click.

BUILT-IN IMPULSE GENERATOR
For the purpose of functional selfassessment, the analyser has a built-in pulse generator, which can produce the entire set of single and multiple disturbance pulses, in the various timing and shift configurations, according to CISPR 16-1-1 (T17) and CISPR 16-1-1 (F.1) tables at the four standard frequencies (150kHz, 500 kHz, 1.4MHz, 30MHz) and at two user defined frequencies. 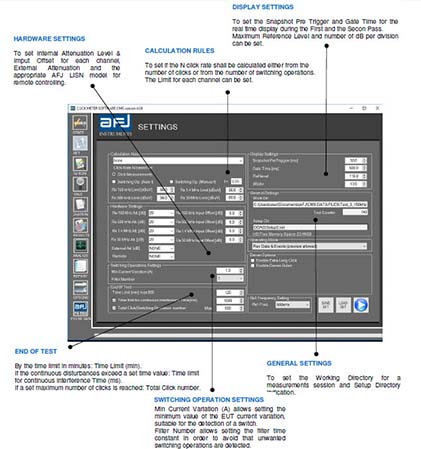 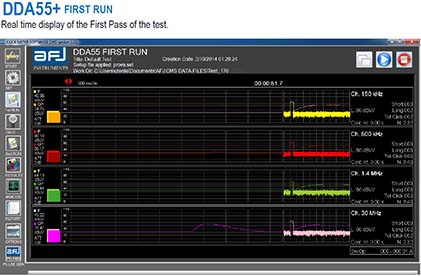 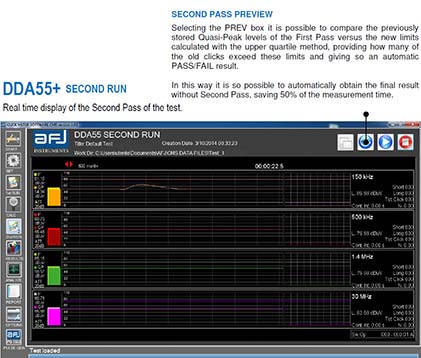